My first time at Disneyland Paris. Despite the virus, is there still some place for magic?

It is a Sunday morning in October, in Paris there is a beautiful sun, the air is fresh, the sky is clear. It’s my first time at Disneyland Paris, the dream of a magical elsewhere from my childhood. To understand what is happening to us in this more or less suspended time, I decided to take a tour of the temple of fantastic storytelling. I want to take a closer look at what the result of mixing Donald Duck and the virus is. Despite the pandemic, is the world’s best-known amusement park still attractive?

Almost every child has dreamed of going to Disneyland, an enchanted space of illusions and magic. When I was 10 years old, I too was bewitched by several Disney cartoons. I imagined one day being able to meet the characters from the animated fairy tales. To see live the dance of the teapots and cups of Beauty and the Beast, the flight of the flying carpet, to have a chat with the busy Cinderella and Snow White, a laugh with the Genie of the Lamp. More than twenty years later I find myself in Europe’s largest theme park, but the story has changed. Today the prince’s kiss to Snow White is accused of being not only inappropriate but also harassing and non-consensual. After the ’90s, militant feminist protests have tried to change the nature of of the male domination suggested by fairy tales (it seems), sometimes simply overturning them. Today it would not be absurd to find oneself in front of cartoons such as Cinderello, Mr Sleeping Beauty, The Lion Queen. Those carefree ’90s seem far away, even more so if you think of the last two years spent as prisoners of the health emergency, from which we are re-emerging thanks to vaccinations. In this context, even Disneyland is resuming its activities.

The European’s premier tourist destination, the park was closed for six months due to the pandemic and reopened on June 17.

To reach Disneyland from Paris I take the RER, an underground train. At the Marne la Vallée stop several families, but especially a flood of adults, are catapulted by the escalators and slung  towards the entrance. The Park is divided into two parts: Disneyland and Walt Disney Studios Park. I decide to go to the first one, the classic one with the iconic princess castle. The first of many differences from the pre-pandemic entertainment world stand out. Green pass control, bag scanners, but most importantly mandatory masks throughout the park, outside and inside, for ages six and up. Most visitors obey and actually wear the mask. It is disorienting to think of wearing the mask, a hospital item, during the entire visit to the park, during a trip whose main objective is to entertain us, excite us, make us dream.

We continue to the pink sugar castle where there are new controls to welcome those of us who have  purchased tickets online. It’s 11 a.m. but the first queues are already forming. The price of the ticket could be an obstacle, a day at the park is not affordable for everyone. At the weekend a day ticket for a single park costs between 89 and 94 euros, for two parks it costs between 109 and 114 euros, not an inconsiderable expense for a family with two children. Yet, in normal times, about 60,000 people pass through here per day and about 20,000 during this reopening.

At the entrance there is a gift shop where you can buy Minnie, Mickey Mouse or Shrek ears for 16 euros. Kevin, from America, and his teenage daughter queue up at the cash desk to pay for Minnie’s ears; he seems happy, “I wanted to bring my daughter here because it’s her birthday today. We live in Greece, where I work, but I took a day off”. This morning  little English or other non-European languages are heard. French, Spanish and Italian dominate, perhaps due to health restrictions. In 2017, the last year when figures were published), 44% of visitors were French, the others were mainly British (28%), Dutch and Spanish (13% each) and German (12%). A couple from Varese have come to take advantage of the free tickets after the bankruptcy of Alitalia “we had to use the tickets and we decided to come here”. Inside the park some puppets of Mickey Mouse, Minnie, Goofy and Donald Duck wave from a balcony. Even the iconic characters that we would all like to touch and take thousands of selfies with, now have to keep their distance and wave from afar, a bit like the Pope.

The real marketing gimmick of the park, the most impressive one, is the endless amount of stores, sales points, kiosks scattered among the attractions, where you can find any kind of object related to the park at any time during your visit. The announced future shortage of toys here seems to be a pure illusion. An army of puppets, cups, plates, Christmas decorations, disguises, balloons, small glass figurines of Tinker Bell, Peter Pan’s fairy (49.99 euros) attract the attention of adults and children alike.

Proceeding towards castle, which is currently being renovated, you walk through  a wooden, vintage and very colourful Western Village. Behind the various saloons is a cluster of shops and art deco bars. Many adults and young people stop for a coffee break. Klaus, 32, and Patrick, 33, come from Flemish Belgium, they are product designers and arrived together by car. It’s not the first time they’ve come because “the park is an hour away from home”.
The time has come for me to try an attraction, it will be the Peter Pan one. The queue is 45 minutes long, some visitors are lowering their masks, others are trying to kill time by surreptitiously nibbling candies under their masks. Séverine and Gregoire, 22 and 23 years old, came as a couple. She has visited Disney at least 13 times, Gregoire is accompanying her for the second time, he remarks, in a somewhat distraught way. “She knows the Peter Pan attraction by heart, but never gets tired of doing it again”; she found the tickets on an e-commerce site that offers advantageous discounts. She explains, “the park has been closed and I haven’t been here since at least 2019”. A regular, in short. The virus has not stopped them “we have masks, we are vaccinated and we keep safe distances, there are no risks”. In fact, in the waiting corridors for the attractions on the ground are marked safety distances to be maintained, but no one seems to pay attention, children and adults are all close together and impatient for their turn to come.

The wait is very long, but in the end I find myself on a spaceship immersed in the void. In the space of a few moments I fly from Peter Pan’s room to Neverland. The experience is very short and takes me back to the enchantment of the story of the child who didn’t want to grow up. The attraction is however over all too soon compared to the endless wait.

The park is full of adults : many women are wearing Minnie ears, several boys are dressed in brightly colored clothes, or with Halloween costumes. In fact, the park is already decorated with pumpkins and statues of ghosts in view of the most famous pagan festival in the world.

Luc, 27, works in one of the bars in the park, ” I’ve been working here since 2018 and I’m paid at SMIC (French minimum wage.)”. He was hired on a temporary basis and had to wait a year and a half, because of the pandemic, he says, to be hired on a permanent basis.

Between a castle and rotating cups, a happy couple in their sixties from Auvergne wander around. She’s wearing Minnie ears, while he’s wearing a big Ratatouille mouse on his hat. “We finally get to enjoy the park without children who are grown up now.” Doesn’t the cost of the ticket scare them? “We took advantage of an offer made  by the enterprise committee that included for 300 euros a two-day package one in Paris and one in the park”. Other people in the park came with similar offers  by the enterprise committee, one of the institutions representing staff within French companies. These committees offer employees the opportunity to access travel packages at reduced costs.

It’s lunchtime. You can eat in a Star Wars spaceship with dozens and dozens of tables. To enter there is a small queue to show the green pass: inside there is an immense McDonald’s style fast food restuarant where you have to wait another quarter of an hour before sitting down to eat. A family from Milan, mother, father and two children aged 9 and 13, are waiting for their turn: the father tells of having spent more than a thousand euros for a round trip from Milan to Paris, from Saturday to Monday. They stay in one of the Disney hotels near the park where they spend more than 300 euros for one night but have breakfast included.

The menus offered by the fast-food shuttle are not very attractive: I order a Halloween menu that includes a hamburger, a salad, a coke and a mini caramel apple. All for 17 euros. Despite the fact that the consistency of fries and burgers is similar to that of the cartoon, armies of more or less well-to-do families devour their sandwich with gusto.

In the area of the park dedicated to the Disney Pixar cartoon “Coco” set in Mexico cross Fanny and Vanessa, 32 and 33 years old. They embrace several soft toys just purchased in a store. Nurse and community manager, the first one observes “I’m more afraid of catching the virus at work than in the park”. They came together from Orléans, Vanessa has an annual pass that cost her 170 euros and allows her to come as many times as she wants, while Fanny paid the ordinary ticket 89 euros. Vanessa is dressed with a “Diseny bound retro look”, that is an ordinary look but with a reference to the Disney world represented by the backpack depicting the face of Cinderella’s mouse “this park is too much focused on children, we would like to find our own Halloween disguises!” claim both with enthusiasm. In fact, the number of visitors to the park in their thirties and forties clearly exceeds that of children.

I finaI finally meet one of those parades of fairy-tale floats that notoriously contribute to creating the magic of the park : a giant fruit float with Minnie and Donald Duck slowly crosses the park accompanied by cheerful and triumphant music. Visitors flock to see the characters, but the show is much reduced, apparently because of covid and to avoid crowds. Something actually seems to have slowed down, the shows in the park seem to be reduced in quantity and quality. A garbage man is sweeping the leaves out of the toilets and observes “to work in the park you just have to sign up on the website, even if the recruitment because of the pandemic has decreased now”.

Yet, despite the conditions imposed by the pandemic, the amusement empire, symbol of the success of the American model in the entertainment sector, continues to have a strong power of attraction over children and young adults who, as Fanny and Vanessa say, “have the right to dream”. The merry-go-round slowly resumes, the anxieties of confinement and fears for the future seem to be abandoned once and for all outside the park. 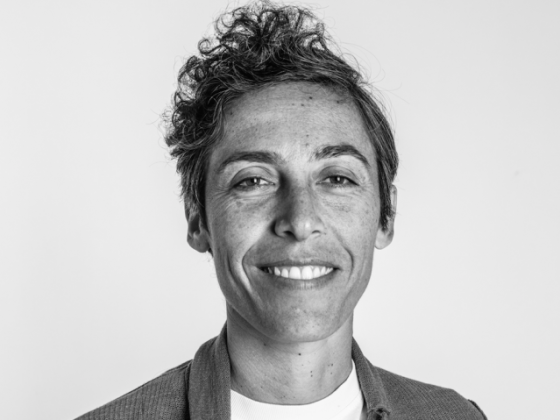