My home town took pride in hard work and enterprise. But a reluctance to go into lockdown might have been disastrous

Lombardy is one of the richest and most productive regions in Italy and Bergamo is its beating heart. It is also my home town: the city where I spent my childhood and adolescence. The province’s million inhabitants are characterised by a strong sense of belonging: to region and to family. They take pride too in a no-nonsense, practical approach to life and a powerful work ethic.

Today, Bergamo holds the European record that no town wants: it is the place where the coronavirus pandemic has cast its darkest shadow. Bergamo is a lazaretto of pain, where the priority of hospital managers is to select only the patients they think will survive. Its undertakers are so overwhelmed they have to ask neighbouring communes to take their corpses for cremation.

Italy’s death toll from this pandemic passed 15,000 on 4 April, although the number of actual deaths is probably higher. Bergamo, the most infected province in Italy, has had 9,712 confirmed cases and 2,245 deaths according to the official data. An investigation by the Eco di Bergamo newspaper estimates that in Bergamo province alone the virus killed 4,500 people in March.

The rate of loss of life feels out of control to local people and defies all understanding. Forced confinement, physical distancing and care for the weakest seem futile. The virus seemed to defeat any effort, annihilate any commitment. Here, no one took to singing on balconies, to giving concerts online: the place is in perpetual mourning.

But was the initial reluctance to shut down Bergamo’s factories and thriving economy a factor in spreading the infection?

To grasp that first reaction it helps to understand just how efficient and solid the economic and industrial fabric here has been for generations. The province has Italy’s biggest concentration of the country’s best-performing small and medium-sized enterprises, clustered mostly in the lower Bergamo region. But it is also home to big international companies such as Brembo, which makes automotive braking systems, and Kiko, the international cosmetics brand founded by Antonio Percassi, also president of the local football team, Atalanta. Some Bergamo success stories such as the drinks company San Pellegrino, now owned by Nestlé, have been absorbed by multinationals.

The three Alpine valleys of the province have more farms than businesses. The small towns that make up these valleys have strong rural communities that maintain their traditions at parish level, but can feel closed in on themselves. Everyone knows everyone else, many elderly people still speak the dialect, and even teenagers stick close to home.

The city of Bergamo by contrast could hardly be more open: it is directly linked to the main European capitals by Orio al Serio airport (also known as Milan/Bergamo), which is a hub for Ryanair and had nearly 14 million passengers in 2019. These frequent connections are an important source of tourism for the city.

In 1913, the German-Swiss writer and intellectual Hermann Hesse visited Bergamo and observed: “I was greeted by a modern railway station and a modern city … the evening stroll was crowded and the tramway crowded.” Then he took the funicular to reach the upper town, the historical part of the city surrounded by Venetian walls, “below me, the nightlife of the city was off … here I was in the middle of an ancient and dark city, swallowed up by a narrow and deserted alleyway, just as the shops were closing … it suddenly seemed to me that I was in southern Tuscany”.Advertisement

Hesse immediately grasped the duality of Bergamo: modern and ancient, economically open to the world but closed in on its traditions. On the one hand, a strong social and cultural life linked by voluntary work through the Catholic church. On the other, a remarkable focus on productivity, work, the family and above all the family business.

It is clear looking back that this rich and dynamic city struggled to come to a halt when the virus arrived. For the Bergamaschi, work and self-reliance have always been fundamental values. But faced with a health emergency, was a strong business ethic a tragic disadvantage?

By 23 February, the virus had already infected Val Seriana, the Bergamo valley where two villages, Alzano Lombardo and Nembro, quickly became the ground zero of the epidemic in the region.

Four days earlier, on 19 February, an Atalanta-Valencia Champions League football match was attended by 45,000 fans in Milan, an event widely blamed for having accelerated the spread across the region.

The contagion reached Codogno (a small town in Lodi province, 65km from Bergamo) two days after the game, and Codogno was immediately made a “red zone”, in other words quarantined with police checkpoints guarding entry and exit. By contrast, in Bergamo schools closed, but there was resistance to any sweeping stay-at-home measures until 8 March when all of Lombardy went into full lockdown.

The Italian government had declared a nationwide health emergency on 31 January but Stefano Scaglia, the president of Confindustria Bergamo, which represents 1,200 businesses employing 80,000 people, offered reassurance. On 29 February, the organisation published a message in English aimed at the region’s international export partners, accompanied by the hashtag “#Bergamoisrunning”. Drawing on the Italian government’s advice it said “the risk of infection is low” and warned against “a distorted perception” created by the media. Confindustria could guarantee that “the government and responsible agencies have taken immediate protective measures to prevent further cases”. Scaglia’s message to global business: work goes on, we remain open.

I was still in Bergamo when the body which represents local shops posted a promotional video accompanied by the hashtag #bergamononsiferma. A song by a local band accompanying images of Bergamo people peacefully ambling through the heart of the city seemed a bit too cheerful. The message was “let’s live without fear, let’s keep drinking coffee at the bar”. Bergamo’s mayor, Giorgio Gori, had earlier sent out optimistic messages, stressing that whatever strain the virus was putting on tourism, catering and commerce, the city would quickly put this “nightmare” behind it. Everyone’s desire was to continue working and consuming in spite of everything.

Within weeks, army vehicles would be transporting corpses to other cities and hospital doctors were warning that the situation in Bergamo was “catastrophic” and out of control.

Now in the mourning city and province, many people in Bergamo have abandoned their former quiet pragmatism.

In the absence of work and the rational, efficient world they knew, blind anger is creeping in at what they see as official negligence. The most important failing, they believe, was not to impose a lockdown sooner, to shut the factories and businesses and keep people in their homes.

I can see attitudes hardening too: people are looking for explanations and some are spreading baseless theories. In the many WhatsApp groups in which people share information and encouragement, conspiracy theories are cropping up more and more. “Why are so few immigrants getting sick?” “The Chinese grew the virus in a laboratory to weaken us!”

In 2019 Bergamo had the second lowest unemployment rate in Italy. Now a major economic crisis, especially in the industrial and tourism sectors, seems inevitable.

It’s not hard to see the far right taking advantage of the dark mood. Bergamo city is governed by the centre-left Democratic party. The province though is a stronghold for Matteo Salvini’s Lega.

And people are looking for someone to blame. Facebook messages rant about Europe and “selfish” Germany. “Get out of the EU, get rid of the euro, reset the government and drive out immigrants,” reads one post. Another asks: “Germany is stealing our masks, France is spitting on us, what kind of shitty Europe is this?”

Some will see this as a region lashing out and falling for populist slogans. I see my city distraught and destroyed by grief: people drawing on their last reserves of mental strength to make sense of the unimaginable. But I also see signs of hope in their resilience and solidarity: last week, volunteers, Alpini (elite Italian army troops), craftsmen and Atalanta fans completed work on a new field hospital in 10 days.Advertisement

As they worked they chanted: “People like us never give up.” 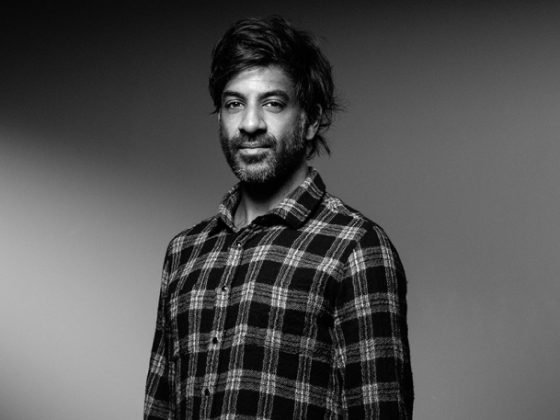 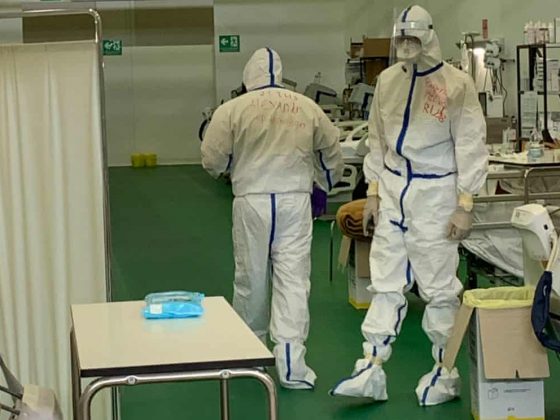 Inside the Bergamo hospital where Russia has planted a flag 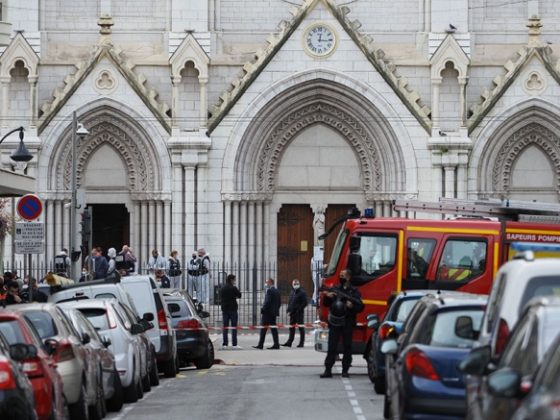 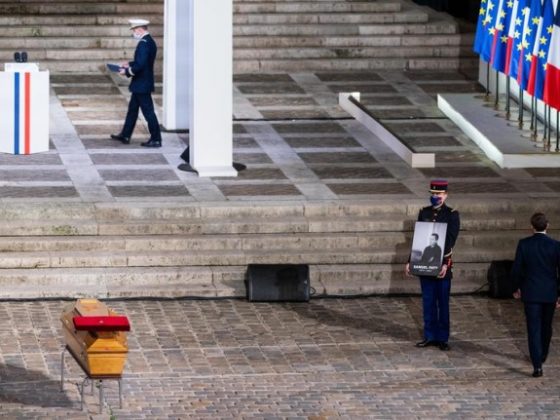 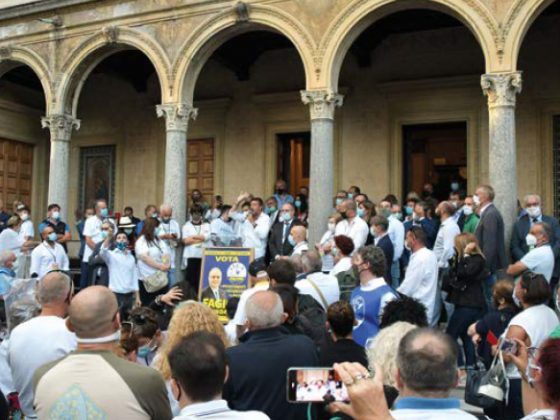 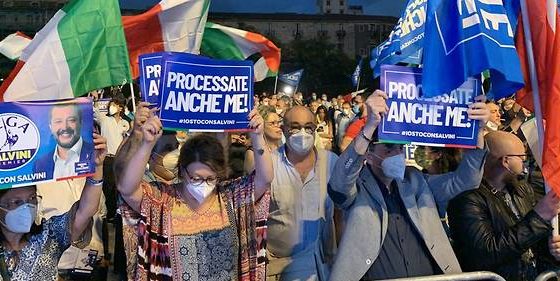